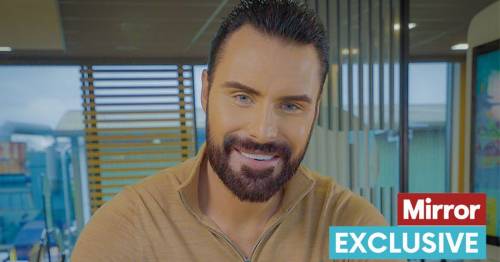 Days after tweeting about his desire for the televised social experiment to return to our screens, self-confessed super fan Rylan exclusively revealed to The Mirror on Monday that he would also be up for hosting the "biggest and best" reality TV show once again.

"One million per cent," the popular broadcaster quickly confirmed on Monday, when asked whether he would like to present a new series of the show that was last on-air in 2018.

" Big Brother was like a child to me – doing Big Brother's Bit on the Side every night became like a lifestyle rather than a job.

"Big Brother changed my life completely – a proper 360 – and I miss it dearly and I just think if it was to come back now, it could come back the same but so different now."

Rylan continued, pondering how the show could pan out in the current day with all the new advances available.

"Just from a backstage point of view – the way it’s shot – the technology we have now and what we could do on an eviction night has changed so much over the last few years," the Radio 2 DJ mused.

"It could be very very user interactive."

Alongside being a part of the Big Brother presenting team, Rylan is also a famous former housemate – winning the star-studded 2013 edition of the ultimate reality TV series.

The star with Big Brother host Emma Willis back in 2016
(

Beating competition from the likes of Heidi Montag and Spencer Pratt, the former X Factor contestant certainly knows what makes a good Big Brother contestant – so who would Rylan like to see in a new series?

"God that is a really difficult question – I want to say names but I’m not going to say names in case they do bring it back and I am in charge of that line up," he carefully added.

"It was quite rare that the big name was the one who gave the best content but that was the beauty of Celebrity Big Brother.

He continued: "We never knew, until you put these people in a house together, we don’t script it or tell them what to do – we never know what’s going to happen.

'No producer could every write the David Gest narrative'
(

Since Big Brother originally launched on Channel 4 back in July 2000, hundreds of new hopeful reality TV shows have tried to emulate the success of the surprise ratings hit over the last two decades – to varying degrees of success.

As more and more Big Brother copycats pop up on our screens, Rylan sees it as sign that it's time for the original to come back and reclaim the throne.

"At the end of the day, there is a million reality TV shows out there now," he explains during our chat.

"No shade to other reality shows but for me, Big Brother is the biggest and the best," the popular presenter defiantly concluded with on Monday.

*Rylan has partnered with McDonald’s to launch the MyMcDonald’s Rewards, which is being piloted in 10 restaurants in the North of England from today. It will then roll-out to a further 65 restaurants by the end of the month, with the aim to roll out nationally later this year if successful. You can opt in via the MyMcDonald’s App

Previous : Covid isolation period ‘to be slashed to five days with a decision imminent’
Next : Crown Resorts says likely to back improved $6.5 bln Blackstone buyout offer