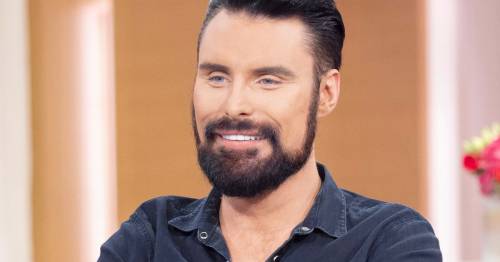 Rylan Clark-Neal has made the decision to change his stage name after his heartbreaking split from husband Dan Neal earlier this year.

In June, the It Takes Two presenter confirmed he and Dan were separating after six years of marriage, and now the 32-year-old has ruled out a reconciliation as he has dropped his husband’s surname.

He’s removed his hyphenated surname from his social media accounts, now only appearing as Rylan, following his request to drop his married name from It Takes Two.

The former X Factor star reportedly asked BBC bosses if he could be known as Rylan on the credits of the BBC Two spin-off show, which he hosts alongside former Strictly pro Janette Manrara.

While the 37-year-old dancer, who is married to Strictly professional dancer Aljaž Škorjanec, was listed by her full name, Rylan was just credited with his first name, and no surname.

Rylan and Dan began dating in 2013, when the police officer appeared on Big Brother, and Rylan was presenting the spin-off show, Big Brother’s Bit on the Side.

They got engaged during a romantic trip to Paris in 2014, and tied the knot one year later, in a star-studded ceremony that featured Eamonn Holmes, Ruth Langsford, Katie Price, and Emma Willis on the guest list.

Rylan confirmed the end of his marriage with an emotional statement in June, as he alluded to making “mistakes” during the couple’s six-year marriage.

Rylan and Dan began dating in 2013, and got engaged one year later
(

The couple confirmed the split in June, after rumours began swirling about their relationship
(

“Following reports about Dan and I spending time apart, I feel I have to speak out – as the way it is being reported is unfair. I have made a number of mistakes which I deeply regret and have inevitably led to the breakdown of our marriage,” he stated.

Rylan pulled out of several work commitments – including hosting the semi-final coverage of the Eurovision Song Contest in May – as rumours swirled about his personal life.

“I have taken time away from work as I am not in a good place at the moment and am seeking help. I am trying to take each day at a time and would like to thank everyone for their support and for respecting our privacy at this time,” the TV star added.

Rylan is now feeling better, and returned to his Radio 2 show in September
(

Rylan also returned to helm his Radio 2 show in September, after taking 10 weeks off.

“It does feel good to be back and I am feeling better,” he told his listeners.

It was rumoured the pair were reuniting, after Dan was spotted leaving Rylan’s Essex mansion in August, but according to MailOnline, the marriage is now said to be “unsalvageable”.

“Things were looking so good, like they were back together. They hoped they could avoid divorce, but it’s now looking like the only way forward,” a source close to the presenter told the outlet.

Previous : James Anderson offers update on Ben Stokes after England star undergoes second surgery
Next : Abandoned home left to nature for over a decade is up for auction at bargain price