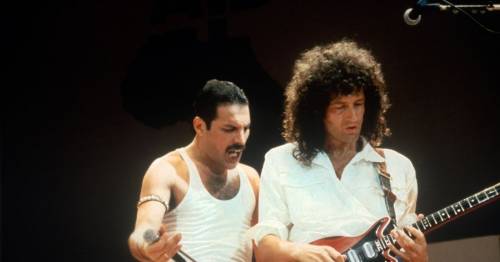 Queen legend Brian May has blasted today’s woke culture and said Freddie Mercury would have struggled with it.

The guitarist, 74, made his comments as he lambasted the Brit Awards for scrapping their Male and Female categories.

He said Freddie Mercury, who died aged 45 in 1991 after contacting AIDS, would have found the PC culture “difficult”.

He said: “For instance, Freddie came from Zanzibar, he wasn’t British, he wasn’t white as such – nobody cares, nobody ever, ever discussed it.

“He was a musician, he was our friend, he was our brother. We didn’t have to stop and think: ‘Ooh, now, should we work with him?

Brian blasted the Brits for scraping their male and female category
(

“None of that happened, and now I find it frightening that you have to be so calculating

about everything.” Brian believes even Queen, who have won four Brits, would not be considered diverse enough in

“We would be forced to have people of different colours and different sexes and we would have to have a trans [person].

Queen are one of the world's greatest selling rock acts
(

“You know life doesn’t have to be like that. We can be separate and different.”

Brian was speaking against the decision to have an Artist of the Year award instead of separate ones after non-binary singer Sam Smith criticised the ceremony for lacking inclusion.

It means Adele and Ed Sheeran are likely to go head-to-head at February’s ceremony.

Critics argue that female singers could be overlooked as they have been at previously male-dominated awards.

Attending ITV ’s Palooza at the Royal Festival Hall with his wife Anita Dobson, Brian said: “It’s a decision that has been made without enough thought.

Brian was a co-founder of Queen with Freddie Mercury
(

“A lot of things work quite well and can be left alone.

“I get so sick of people trying to change things without thinking of the long-term consequences. Some of these things are an improvement, some of them are not.”

The singer said that in society at present there is an “atmosphere of fear everywhere because people are afraid to say how they really think”.

“I think so many people are feeling ‘hang on, this isn’t quite right.’ But they don’t dare say anything. Eventually there will be some kind of explosion.”