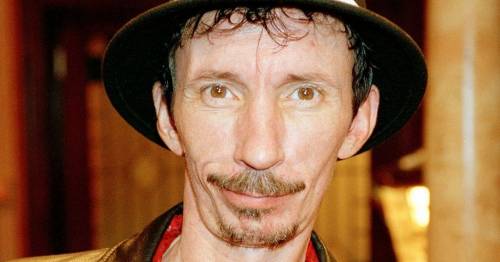 Only Fools And Horses star Patrick Murray said his lung cancer has been 'cured' and that the tumour in his liver has shrunk.

The 65-year-old actor had scans done earlier this year and discovered a cancerous lung tumour in its early stages. He underwent surgery to remove it as well as chemotherapy.

More scans found another tumour in his liver that is treatable.

Sharing a health update on Twitter, Patrick explained: “Thanks again for all your lovely messages. As you may know, I was diagnosed with lung cancer last July.

“After an op in Oct to remove the tumour I had chemo to help prevent the cancer returning. During this chemo, another tumour was discovered in my liver.

Subsequent scans found a tumour in his liver
(

His lung cancer has now been cured
(

“Luckily for me this cancer was unconnected to the lung cancer and was also treatable. I had a procedure called Tace to deal with this.

“Last Friday l saw my oncologist. She told me the lung cancer was cured and that the tumour in my liver was shrinking.

“It’s not over yet, but as you can imagine I am over the moon with this latest news.”

He went on to thank the 'brilliant' doctors and nurses of the NHS for all that they have done.

"I will hopefully I be there, at next years convention," he said of the annual Only Fools And Horses convention.

He is known for his role as Mickey Pearce
(

The actor, who plays Mickey Pearce in the iconic BBC sitcom, first shared the news of the tumour in his lung in January.

He took to Twitter to share the news and said he normally keeps his 'health problems private'.

He wrote: "Naturally I wanted to keep my own health problems private, but failing to fully endorse this ad would be selfish.

"Thanks to my ultrascan I have a fighting chance. It showed my organs needed further investigation and tumours were spotted.

"This led to a PET scan which covers a much larger area.

"To my wonderful surprise these lesions were not cancerous but the scan did find an early-stage cancerous tumour in my lung. This has since been removed.

"I am tweeting now, which wouldn’t be the case if I hadn’t had the ultrasound all those months ago.

"A lot of people put these symptoms down to age and the discomfort to simply having a weak stomach.

"Please don’t ignore it if it persists. As for me, and thanks to the NHS, I can now see the same beautiful horizon as you."

Previous : Mum kept as slave and repeatedly raped by ‘Prince Charming’ she met on Plenty of Fish
Next : Man blocks McDonald’s drive-thru for two hours by refusing to wait in bay for his order