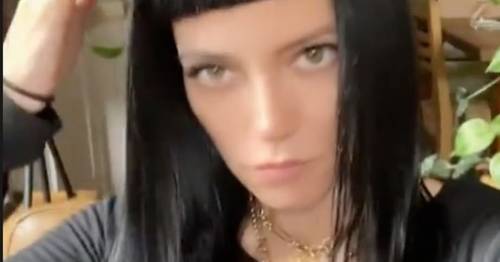 Lily Allen looked stunning as she showed off the results of her recent hair transformation on social media.

Appearing happy and relaxed the star can be seen swishing around an enviably glossy black mane complete with super-short fringe, which was reminiscent of her previous signature style.

Having experimented with pretty much every hair colour imaginable, Lily has kept her hair its natural black colour for a while, however her new do has sent the star into a league of her own.

The Smile hitmaker, 36, is no stranger to hair transformations, even singing about getting rid of her grey hairs in a now-deleted Instagram post before telling fans she was going to attempt to dye her hair herself.

Lily also candidly admitted there was nothing she could do about her "bald patches" as she attempted to tackle her pesky greys in lockdown. 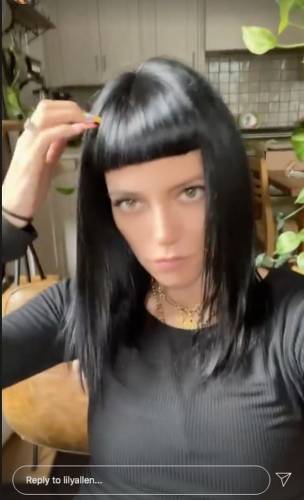 Lily looked sharp with her new hair do
(Image: Instagram)

She told fans: "I'm gonna get rid of all these greys, there's nothing I can do about my bald patches."

The bare-faced singer panned the camera closer to her hair so that fans could get a better look at her grey strands among her dark hair.

She proceeded to poke fun at her "hair loss" but later made the decision to delete the Instagram Story. 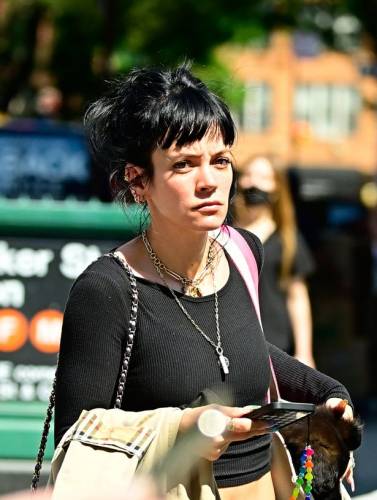 Lily has transformed her hair with a sleek new do
(Image: GC Images)

The outspoken star tied the knot with Stranger Things actor David Harbour in a secret wedding in Las Vegas last year, after they got engaged just before the Covid-19 pandemic hit at the beginning of 2020.

The 46-year-old actor whisked Lily away to Las Vegas where they acquired a marriage licence and tied the knot the following day with an Elvis impersonator officiating.

And David has now revealed it was Lily’s two daughters – Marnie, eight, and Ethel, nine, whom she shares with her ex-husband Sam Cooper – who pushed him to pop the question. 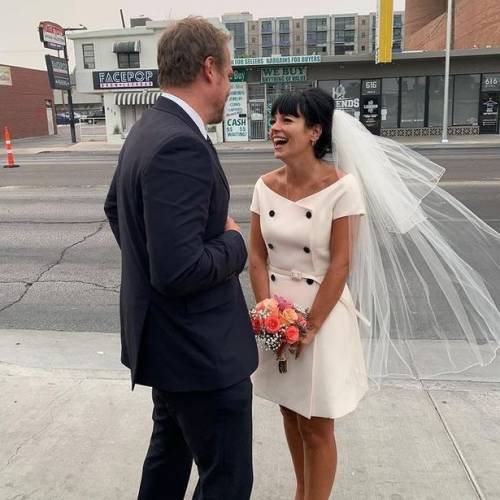 Both Marnie and Ethel described David as "just some guy in our lives", and the actor was so keen to prove himself to the youngsters that he asked Lily to marry him.

The family were recently spotted enjoying a family day out as Lily took a stroll through New York City with her husband and two daughters.

The singer opted to take pet puppy Mary out for a walk in SoHo along with David and her girls and went for a casual look donning a pair of black leggings and grey jumper as they made it through the New York streets.

It was recently revealed by Lily that her daughters had decorated their step-dad's home with flowers and birthday balloons to celebrate her 36th birthday last month.

In a sweet clip, that Lily shared on Instagram, David's kitchen was filled with flamingo-themed plates and cups and an adorable cake with an icing note that read "Happy birthday Mummy, we love you."

Previous : First-time buyer schemes explained – and how to get on the ladder with a small deposit
Next : Big Brother’s Kate Lawler unrecognisable with natural hair colour in cute childhood snap