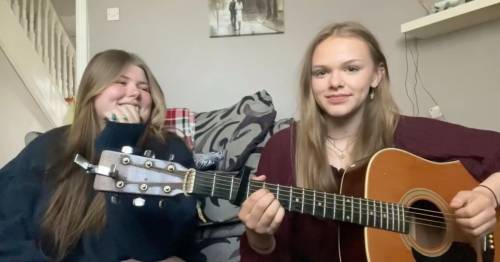 With a father who topped the charts and a mother who was once part of one of the country's biggest girl bands, it's no surprise that Molly McFadden has inherited some of her parents' vocal talents.

The teenager, who is the eldest child of Kerry Katona and former Westlife star Brian McFadden, has impressed her followers, and her mum, with her recent social media post showcasing her powerful singing voice.

The 19-year-old took to her Instagram page to share a reel of her and a pal performing together to her 61.3 thousand followers.

Captioning the post, the Trinity College Dublin student wrote: " Procrastination at its finest. 8 months. For 8 MONTHS we tried to record a cover, and this is the sh*t we got in the end." 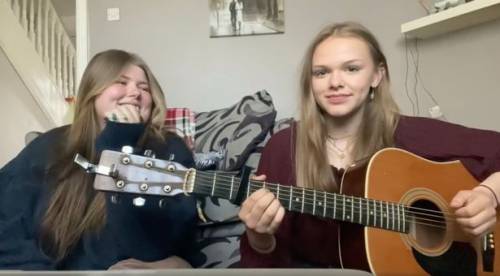 The talented teenager shared her duet with her pal with her fans on Instagram.

The video features Molly and a guitar playing pal in various settings as they perform together in-between giggling and having fun.

Mum Kerry was amongst those impressed with the youngster's voice, commenting: "Looooovveeee it your (sic) sooooo talented," along with two red heart emojis.

One Instagram user credited Molly's impressive performance to her family, writing: "Molly you got your talent from your parents love your videos xx" while another added "Wow please release an album!"

Molly was the first child Brian and former Atomic Kitten singer Kerry had together during their relationship. The pair married in 2002 and went on to have another daughter, Lily-Sue, 18, before splitting in 2004.

Over the last few years, Molly has begun to make a name for herself in her own right – amusing fans on her popular TikTok channel where she has over 154 thousand followers.

Her short comedy sketches have even impressed Kerry who once shared one of her daughters videos on her own Instagram page with the caption: “you crack me up,” alongside multiple laughing-face emojis.

When her parents first split, things were acrimonious between the pair but it seems in the 17 years that have passed since their divorce, the former couple are on friendly terms.

Kerry is now happily engaged to fiancé Ryan Mahoney, while Brian has just welcomed a new baby girl into the world with his partner Danielle Parkinson. 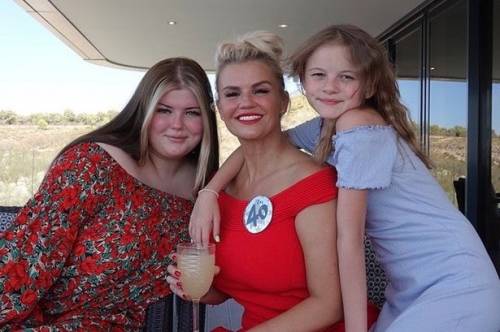 Mum Kerry is exceptionally supportive of her daughter on social media.

Ruby Jean McFadden was born on May 8 by an emergency C-section and Brian showed off his youngest child on Instagram earlier this week, referring to her as "Our little angel."

His wife-to-be spoke exclusively to OK! and revealed the sweet gesture his former wife did in the run up to her birth.

"She sent us some clothes quite a way into my pregnancy, once we knew everything was okay," she revealed to the magazine.

"She’s also sent us some lovely messages and said how happy she is for us and been really lovely."