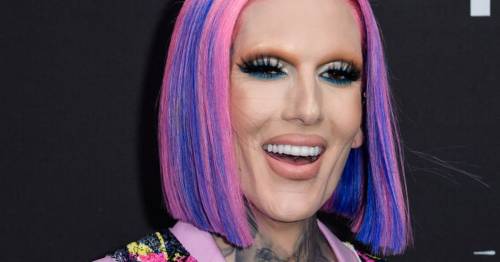 Jeffree Star has slapped down rumours he enjoyed a secret fling with Kanye West while the rap star was married to Kim Kardashian.

At the beginning of the year, an internet rumour blazed wildly that the 35-year-old YouTuber had enjoyed a romantic affair with 44-year-old Kanye after they both posted social media content from similar locations.

But Jeff says there is not only no truth to the rumour, but also that he has zero attraction to millionaire music superstar Kanye.

The make-up artist did admit, however, that he was greatly amused by the rumours that had tied him to dad-of-four Kanye – who is in the midst of divorcing wife of seven years, Kim.

He said the rumours were sparked by the fact he and Kanye were in the same US state at the same time.

He explained: “I think the coincidence is crazy when you live in Hidden Hills, two miles away from him and then I’ve always loved Wyoming and I was obviously aware that they had been going there a lot.”

Jeffree went on to brutally dismiss 5’7” Kanye’s sex appeal, saying: “I really did mean when, I say I really do like tall men.

“I think Kanye‘s music is amazing, but he’s definitely not for me.”

Jeffree is famous for his non-conforming approach to gender norms and is often seen dressed in feminine clothing and wearing extravagant make-up.

And Kanye has been linked to another gender nonconforming celebrity in the past.

Back in 2017, rumours swirled that the rap superstar had enjoyed a romantic affair with legendary transsexual burlesque performer Amanda Lepore.

The 53-year-old wrote in her memoir, Doll Parts, that she had a fling with an unnamed rapper who married soon after their own romance ended.

She wrote in her book: “I couldn't help but think that his wife had a similar body type to me” – leading many to speculate the rapper in question was Kanye, who tied-the-knot with Kim in 2014.