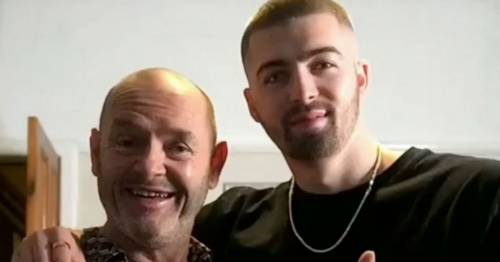 Gogglebox's Tom Malone stripped off and had the time of his life in a jaw-dropping TikTok video.

The video was shared on the platform by his son Tom Malone Jr and we're just glad we got to witness this.

"If I had to see it then you guys do too," the former Gogglebox star captioned the hilarious post.

In the TikTok video, Tom Jr introduced the clip by writing: "This is my dad. Bet you didn't expect to see him stripping."

It then switched to the video of his dad with his top off as he danced in front of a stage while the crowd cheered him on. 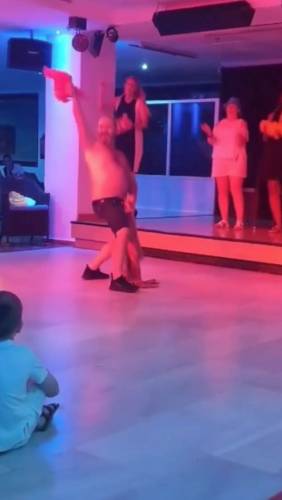 Tom was having a blast
(Image: tommalonejr/Instagram)

He even had a feather boa for some unknown reason.

The hilarious but questionable clip comes after Tom Jr quit the Channel 4 series in February.

The social media influencer has appeared on Gogglebox since its fourth run in 2014 alongside his father Tom Sr., mum Julie, and brother Shaun.

Sharing an image of himself on his social media accounts, Tom Jr. appears in a grey rollerneck jumper and holding a cardboard sign reading: "Back on the market. Get at me with any TV work". 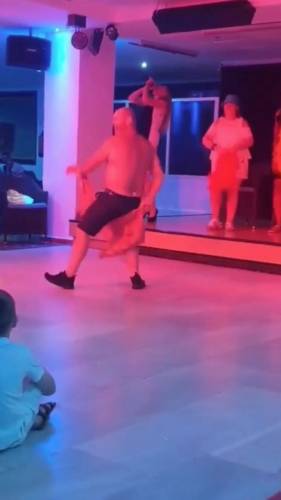 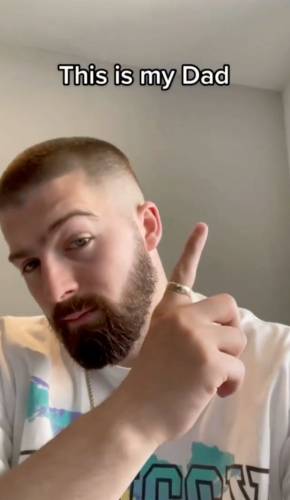 He made sure everyone had to watch the video
(Image: tommalonejr/Instagram)

Tom Jr. penned: "So after 6 and a half years it’s finally time to put down the remote and to say goodbye to Gogglebox.

"I've loved every minute and I’m eternally grateful to @channel4 and @studiolambert for allowing me to be a part of the show. But new opportunities are knocking on the door and it’s time to explore them."

He continued: "I look forward to enjoying the show as a viewer and not having to worry about having said something stupid [laughing emoji]". 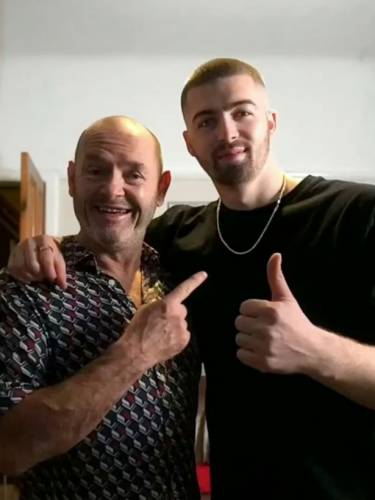 His brother Shaun and the rest of the family continue to be on the show.

"PS. Don’t worry my family @themalonesgb and @shaunmalone95 will still be on the show to keep you guys entertained every Friday [okay emoji]".

Gogglebox airs on Fridays at 9pm on Channel 4.

Previous : Kim Kardashian shrugs off Kanye and Irina rumours with jaw-dropping selfie
Next : Where top Tories are holidaying this summer – as ministers dodge trips abroad