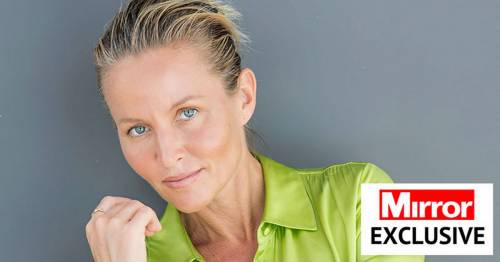 So many women who have traversed the menopause will be familiar with hot flushes, tender breasts, brain fog, bladder problems, mood swings, low sex drive and crushing fatigue.

Yet the long list of symptoms that affects 60 per cent of menopausal women is also typical of the ­perimenopause – a long-ignored pre-menopausal phase that is blindsiding millions in their 40s and is largely ignored by their GPs.

Actress Davinia Taylor, 43, felt her worries were dismissed when she sought help.

“For a few days during my cycle I started getting an ‘I’m not worthy’ rhetoric in my head, complete pessimism about everything going on in my life – from being a mum to my ability to make financial decisions,” she says of the symptoms, which began three years ago.

“During the rest of the month I had really positive energy, I was creative and generally happy, but for three or four days of the month there was a chronicnosedive.”

The former Hollyoaks actress and ex-stalwart of Kate Moss’ Primrose Hill set has a history of alcoholism and postnatal depression, and initially wrote off her emotional bleakness as PMT. 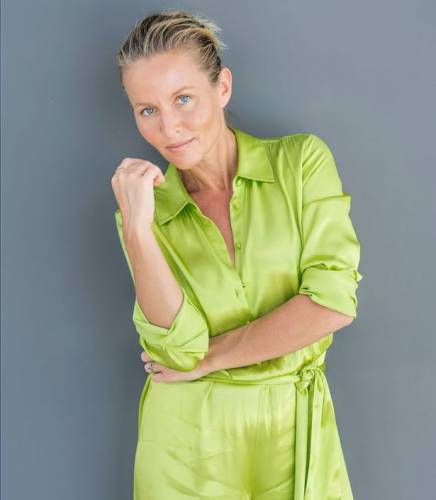 Davinia Taylor opens up about being misdiagnosed with anti-depressants when she actually needed HRT
(Image: DAILY MIRROR) 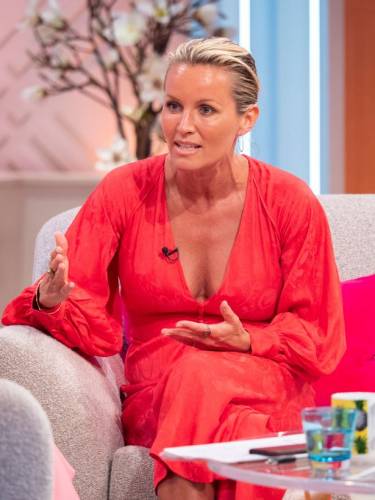 When her symptoms worsened and alternative and complementary treatments, including acupuncture, ginseng and evening primrose oil, failed to improve her state of mind, she turned to menstruation-tracking app Flo in a bid to unearth answers.

Quickly, the mother of four, who now lives in Lancashire with her partner Matthew Leyden, could see that the two-day decline of mood was not depression.

She says: “I started seeing a pattern – the day after I started bleeding, the low mood kicked in. I realised it wasn’t PMT. It was something frequently happening on a regular cycle because I was depleted in oestrogen after ovulation.

“The irony is, when you’re in your late 30s and 40s, you’re at your busiest,” says Davinia. “My youngest is five and my eldest is 14, so I’m dealing with GCSEs with one, while still getting another dressed – all while having these low moods, trying to make money to support everybody and be fit and be healthy.’” 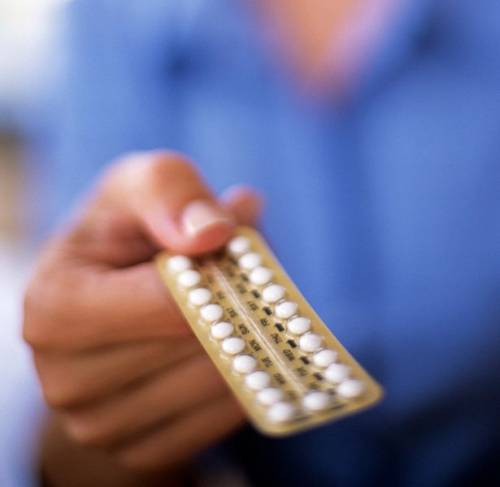 Studies show some 66 per cent of women had been offered or given antidepressants for low mood associated with the perimenopause and menopause rather than receiving £4-a-month HRT
(Image: Getty Images/Science Photo Library RF)

Defined as the final years of a woman’s reproductive life, the perimenopause is sparked by lowering levels of oestrogen, a hormone that plays a multitude of roles. As well as building and repairing bones and being responsible for cardiovascular function, oestrogen increases serotonin – the feel-good hormone – and also affects our skin.

As levels dwindle and ovaries stop releasing eggs, the effects on a woman’s physical and mental wellbeing are huge.

The average UK woman hits the menopause at 51, so when ­debilitating symptoms arrive a decade or more earlier, many are clueless that decreasing hormones are to blame, and solider on without seeking medical attention.

Those who do visit a GP are often misdiagnosed because menopause and perimenopause training is not compulsory medical training.

“Frustratingly, many healthcare professionals, including GPs, do not receive optimal training about the perimenopause and menopause,” explains Dr Louise Newson, a leading menopause specialist who runs a private clinic in Stratford-upon-Avon.

“Around half of the women who see us are perimenopausal.

“Most women come to see us in the clinic because they have not received optimal care and treatment in the NHS, which really needs to change.

“Poor menopause care is a global health problem which urgently
needs to change.” 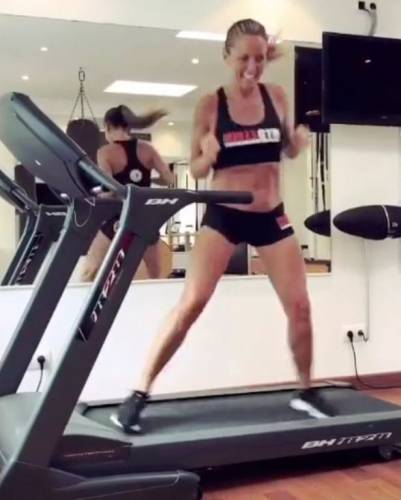 Davinia Taylor admitted that she's a fan of 'biohacking'

When Davinia visited her GP, her history of depression and the fact she still has regular periods meant she wasn’t offered treatment for ­perimenopause but was swiftly prescribed antidepressants.

“I came off antidepressants years ago and this time I just felt I didn’t want to be brain foggy and putting an extra burden on my liver when clearly it was a hormonal thing,” she says.

“But my GP just didn’t look at my hormones at all. They just wrote it off as depression. Perimenopause wasn’t discussed at all.”

Following a consultation with Dr Tamsin Lewis, who runs London-based health company Wellgevity, she paid £200 for a one-month DUTCH (Dried Urine Test for Comprehensive Hormones) cycle mapping. It used daily urine samples to establish her monthly pattern of oestrogen and ­progesterone. The results were eye-opening.

“Lo and behold, I have such low oestrogen on day two [of my cycle], it’s almost at postmenopausal levels, which is so low it’s the same as women who have been suicidal,” says Davinia. For the past two months she has used Oestrogel, a body identical oestrogen transdermal gel that she applies to the skin from day 20 to day five of her menstrual cycle.

Epidermal application reduces the risk of clot or strokes.

Davinia, who ditched booze 13 years ago after entering rehab for alcohol addiction, now sticks to an organic diet.

She is a fan of ­‘biohacking’, which is where you improve your mind and body yourself through science and self-experimentation. And since turning to HRT, she is no longer on a menstrual emotional roller coaster.

“The whole ‘I’m not capable’ rhetoric has gone,” says Davinia, who is also starting a course of body identical progesterone to help with her anxiety.

“I’m currently in the middle of my cycle and I went for a run yesterday.

“Normally, I’d just sit in and write a few days off, knowing what was coming.”

One study showed 66 per cent of women had been offered or given antidepressants for low mood associated with the perimenopause and menopause rather than receiving £4-a-month HRT – a combination of synthetic oestrogen and progesterone. 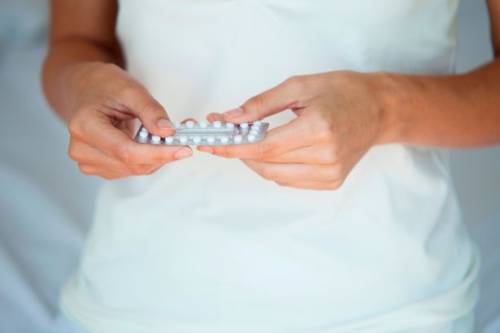 Almost two decades ago, HRT was linked to breast cancer and heart disease by the Women’s Health Initiative USA – research widely believed to be flawed – which has made many medical practitioners reluctant to prescribe it.

“Doctors have been given wrong information about the risks, so many are still apprehensive about ­prescribing HRT,” says Dr Newson, who prescribes body-identical hormone replacement therapy derived from yams.

As well as founding balance-app.com, an app offering free menopause support for women, Dr Newson plans to start a helpline and has set up The Menopause Charity, which offers complimentary menopause education to all NHS GP practices in the UK and Ireland. Within a week of launching the Confidence in the Menopause course, 6,500 healthcare professionals had downloaded it.

Dr Newson says: “It shows that many doctors and nurses really want to learn more about the perimenopause and menopause.”

Davinia is grateful she finally found someone to listen.

“HRT has changed my life because I’m in control of it now and that brings relief,” she says. “It just props me up for those low days.”