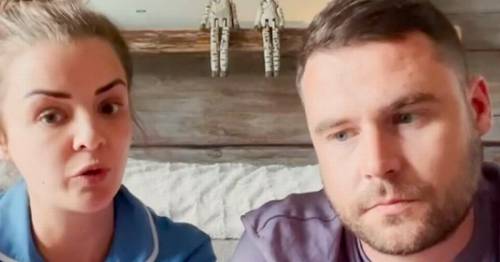 Danny Miller and his fiancee Steph Jones have opened up about their fertility struggles in a new video.

The Emmerdale star, 30, revealed he was expecting his first child with midwife Steph last month following a journey to have a child that had seen them turn towards having IVF.

Now the soap actor and his partner have discussed their journey in a new video with Your Online Midwife.

"We’ve been overwhelmed to have received so many lovely messages but also lots of people asking for advice and tips from @stephjones1710 as the incredible professional midwife she is." 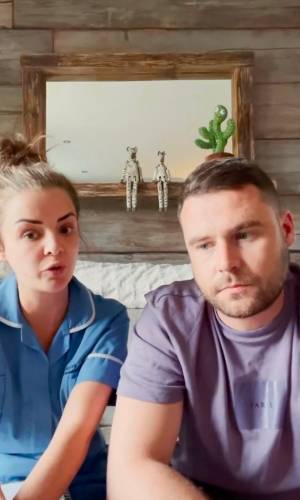 Danny Miller and Steph Jones discuss their pregnancy journey in a Q and A on Instagram.

Danny continued: "I love this video and watch on over and over again in awe of her. Steph was worried she’d be rubbish in front of the camera.. Turns out, she’s MUCH better than me. What a woman! [red heart emoji]".

"Thanks to those who sent in questions for us to answer and we’re hoping to release a few more along the way as the reaction from the video has been amazing and people seem to want some more. So we shall do that again soon.

"Sending loads of love to you and your family from me and mine [red heart emoji, babyface emoji, winking face emoji]".

In the clip, Steph reveals: "In total, we were trying for just over a year until we found out we had got our positive pregnancy test.

"So we were trying naturally with ovulation kits initially, and we were put on Metformin to help regulate our periods. After six months of using the ovulation kits, tracking our peak days, and not managing to get pregnant we went back to the GP who referred us to a gynaecologist at our local hospital.

"From there she did more investigations to make sure there was no other reason for the infertility and started us on a medication called Clomid to increase progesterone levels and ovulation."

She continued: "We had that for a few months but it didn't have much effect, so we were then referred for our IVF. We went to a local clinic called Care Fertility Manchester where I used to work which was lovely, so we knew the staff there. Had some more investigations, consultations, heard about the IVF treatments available that would work best for us." 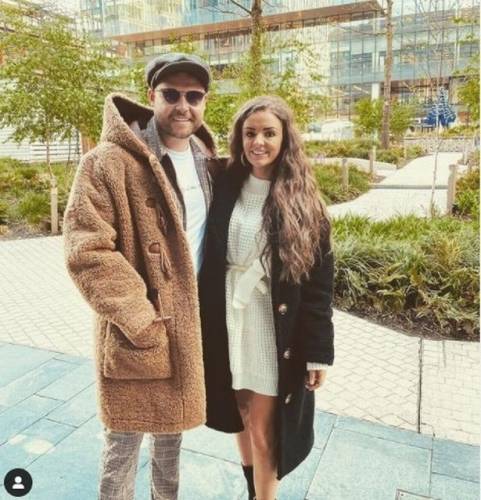 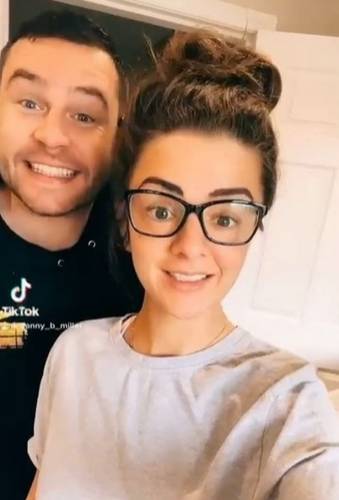 Over social media, the Danny has shared little glimpses into his life with his fiancée
(Image: INSTAGRAM)

With a smile, she then revealed: "We were about to get our drugs delivered and then we got our positive pregnancy test, so we were very lucky."

Danny then described how he is most excited by the prospect of finding out the gender of the baby, with each of the couple currently predicting different genders.

He revealed he is nervous about being a first-time dad and "making sure this baby has the best start in life".

Steph disclosed that she is most nervous about labour as she does not know her own pain threshold. 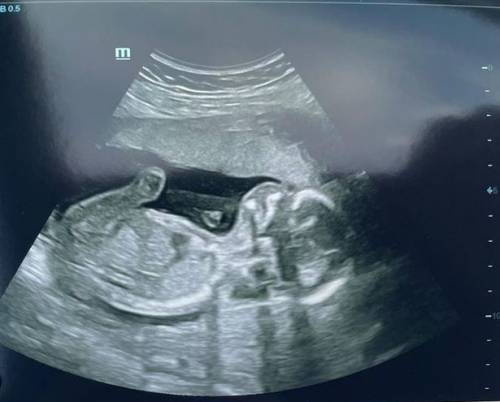 On finding out at work Danny said it had been an "emotional rollercoaster" and that it was "so unexpected but weirdly unexpected".

Midwife Steph then answered further specific questions from expectant parents and Danny's followers were quick to praise the couple on Instagram.

One fan penned: "What brilliant video with tips and advice and also most importantly filled with love and happiness".

Another wrote: "you're going to be amazing parents, baby is soooo lucky, fab video, not easy to do, can't wait to carry on following your journey".

Finally, a different Instagram user concluded: "Totally loved this! Brilliant couple. So excited for you. Lots of love and happiness [red heart emoji]".