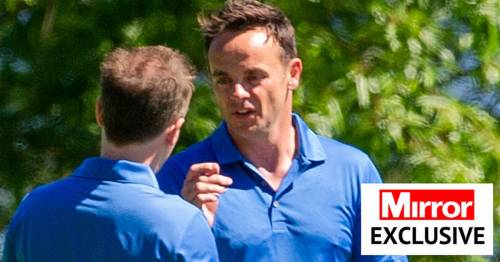 Ant McPartlin was all smiles as he and telly pal Dec Donelly took to the green for his golf-mad stag.

The 45-year-old star rounded up 15 of his closest friends – including best man Dec and their panto star mate Jonathan Wilkes – for a six-hour game on the sweeping grounds of Bearwood Lakes golf course in Sindlesham, Berks.

Wearing matching blue polo shirts, the group were in high spirits as they made their way on foot around the prestigious 18-hole course.

Playing in groups of four, Ant and Dec went first joined by two close pals as they teed off at 10.30am under the summer sunshine.

"Ant was having the time of his life, he and Dec were laughing and joking all the way around," a source said. 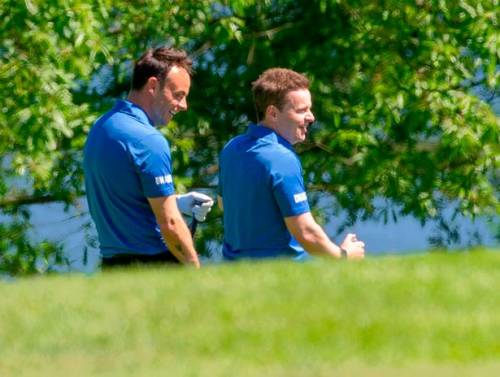 "You could tell there was friendly competition between them, but they were still whooping each other on when one of them played a specially good shot."

As the sun soared into the sky, the group wore matching white caps to shade their eyes.

They were seen high-fiving and joking around as they strolled through the beautiful manicured grounds and sought shade under the sprawling pine trees bordering the course.

"Ant had a really good time. It was the perfect day for golf," the insider added.

The stag and his mates finished off their game with a sundowner on the sweeping balcony of the clubhouse, where they were treated to a four-course meal prepared by a Michelin-starred head chef. 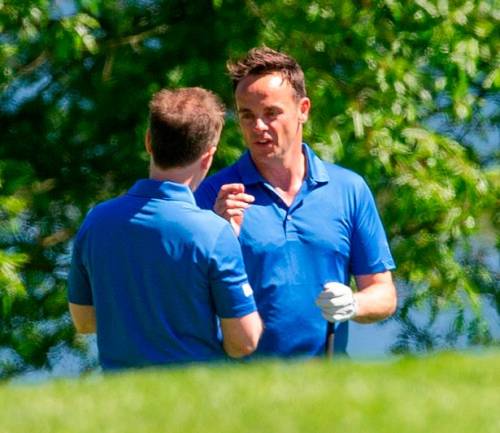 Ant was marking his stag do at the Bearwood Lakes Golf Course
(Image: Jonathan Buckmaster) 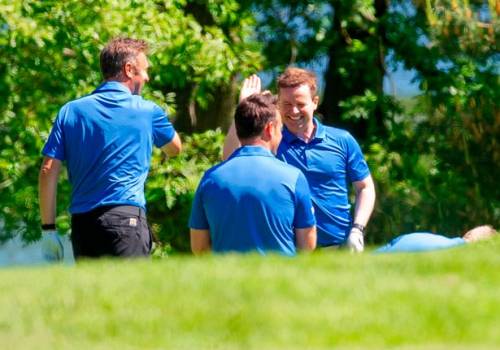 The group were in high spirits as they made their way on foot around the prestigious 18-hole course
(Image: Jonathan Buckmaster)

But unlike Ant and Dec's legendary nights out of old, this time booze was off the menu as Ant has quit the bottle for a life of sobriety.

He sought help in rehab after his shameful drink-driving crash in 2018, later joining Alcoholics Anonymous when doctors warned he could have killed himself with the levels of drink and drugs he was taking to mask the pain of a botched knee operation.

He's since had the AA's symbol tattooed on his wrist to remind himself of the vow he's made to stay teetotal. 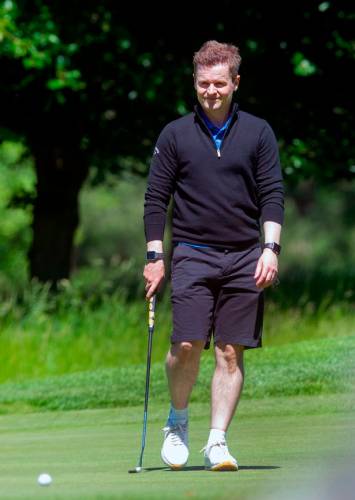 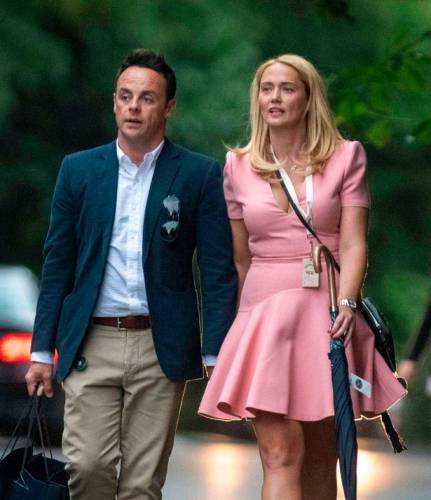 Another inking – a capital 'S' for 'sober' – is on his right wrist, along with an arrow along his forearm to symbolise a new direction.

But with a wedding on the horizon and his friendship with Dec well and truly back on track, life is looking up again for Ant.

He and Anne-Marie are set to tie the knot in a few short weeks with Dec standing by him once again at the altar.

The pair met while he was with ex-wife Lisa Armstrong, and Anne-Marie even organised the pair's 10-year wedding anniversary party in Portugal a year before their marriage ended in late 2017.

Describing his new bride as "my rock", Ant said the mum-of-two is a "beautiful soul" who has helped him stay focused as his live-in sober partner.